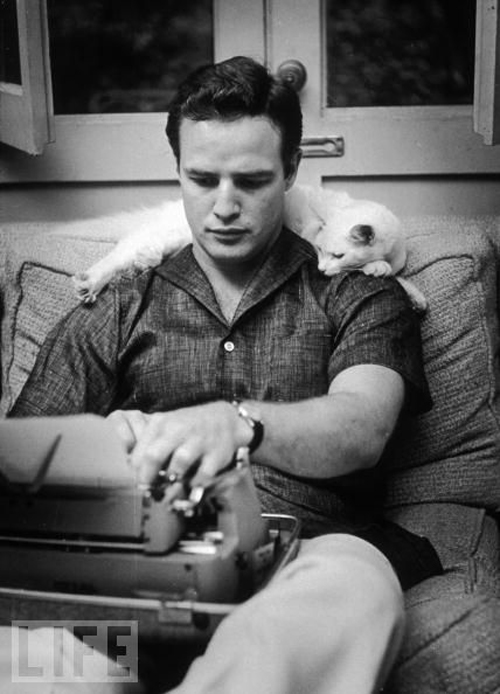 Marlon Brando at the typewriter, while Kitty relaxes. 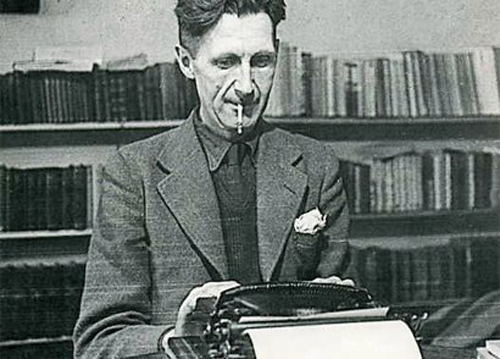 George Orwell at his Remington portable. Taken from Poetic Home by Grace Light: «This is my little space in the world where I talk about my vintage inspirations and antique ideas…». 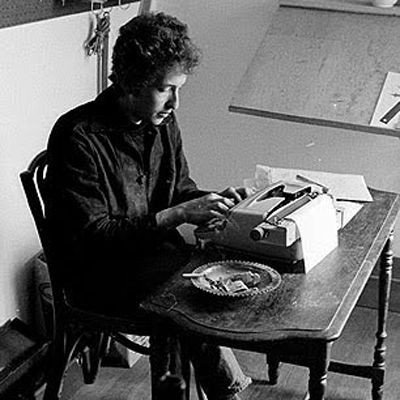 «Bob Dylan has been photographed using various typewriters, but most notably a Royal Safari. Apparently this most familiar photograph was taken by Douglas R.Gilbert as Dylan was typing the liner notes for his fourth album, Another Side of Bob Dylan, in his writing studio above the Café Espresso on Tinker Street, Woodstock, New York, in August 1964». Taken from Oztypewriter-Australian Tapewriter Museum Canberra 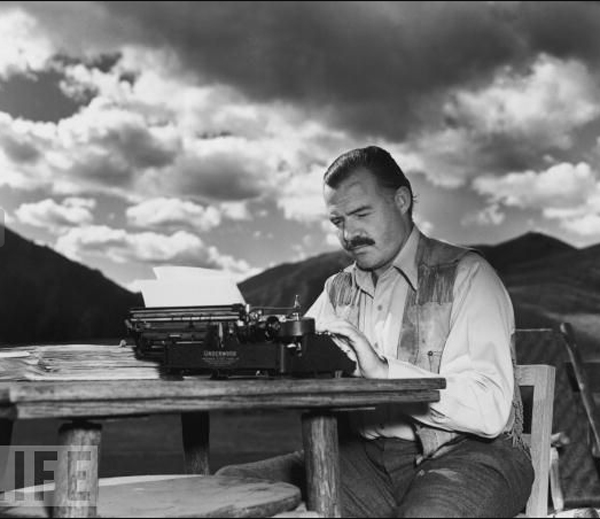 «…all you do is sit down at a typewriter and bleed». Ernest Hemingway. Taken from Youjivinmeturkey? 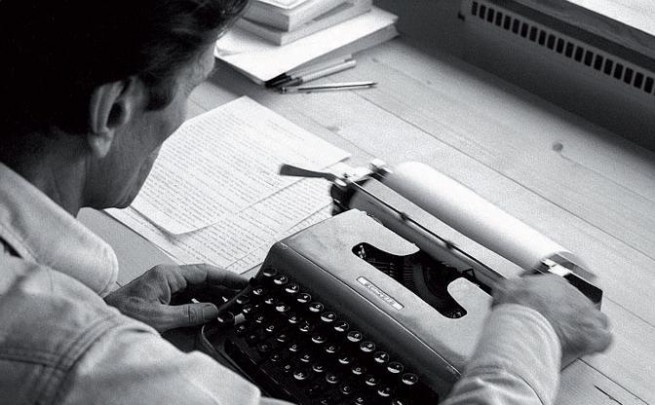