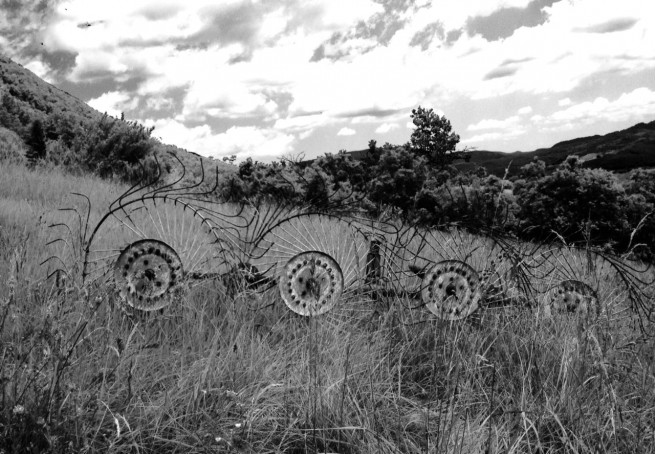 “Wonderful”. “Enchanting”. “Marvellous experience”. These were the comments of the first group of English speaking tourists who walked the Tratturo, the ancient shepherd’s trail that started from Pescasseroli in the National Park of Abruzzo, Lazio and Molise. A British tour operator chose to offer in its catalogue for the very fist time a week’s walk along the historic Transhumance sheep path that led to the fertile valley of Apulia (www.kudutravel.com/abruzzo.htm). It was a great success as the trip was sold out and praise was unanimous for those who joined the group that came to Abruzzo. The company plans to bring other groups soon.

This happens thanks to Ecotur, a group of expert guides from Pescasseroli, that in the past years put strong effort in rediscovering ancient sheep paths for tourist who want to experience a new way of exploring rural Italy. Last year Frances Fedden, a tour guide from London , took part to the Ecotur trekking along the sheep track and was fascinated. “The weather was not good, it rained heavily and we often walked in mud, but still, I fell in love with these places” she says. So much in love as to propose a tailor made walk to Kudu Travel, a highbrow British tour operator specialized in cultural walking trips. Ms Fedden takes tourists from Uzbekistan to Buthan, from India to the Caribbean.

This time the weather was good and it never rained. The group, composed of 7 British and 3 Canadian tourists, enjoyed to the full the beauty of Abruzzo National Park, had a close look to fabulous endemic flowers such as Iris Marsica and Scarpetta di Venere, could take photos of many spontaneous orchids that grow in the area, saw deers, foxes, wolves tracks and even had a close encounter with two bears, a male and a female, spotted thanks to the experience of Cesidio Pandolfi, Ecotur founder and guide, who accompanied the group all the way to Sepino, in the Molise region. Many photos were taken on the spot, a trophy to show friends at home, luring them to come and visit Abruzzo.

The week’s walk started from the square of Pescasseroli, the same place where, for centuries, the sheep herds were grouped to spend the winter season in Apulia. Then the group headed South, reaching Opi, Camosciara, in the very heart of the Park, Villetta Barrea, Alfedena and Castel di Sangro, and on to Molise. “ I came here because I think this is the way to discover the real Italy” commented Dionne, a Canadian from Alberta. In September Ecotur plans to lead another group on the Tratturo towards Candela, in the Apulia region.

This is the english version of the article published on the 24th June, 2014 by Il Centro.